Nearly 18 months after the 'Ice' Inquiry recommended decriminalisation, diversion, and a whole-of-government approach, the NSW Government's Final Response is missing in action.

Meanwhile, community support for a health and education based approach is growing: the 2019 National Drug Strategy Household Survey showed that 57% of Australians supported pill testing, while the most common action supported for people in possession of drugs including amphetamines was ‘referral to treatment or an education program’.

The NSWCCL urges the Government to publish its Final Response as a matter of urgency and to reconsider its opposition to measures that focus on health outcomes. It is time to fundamentally rethink our current approach to drug policy to better reflect our society’s values and expectations. We need an evidence- based approach that prioritises health and education and supports, rather than stigmatising, those affected by drug use.

For more: read our letter to the NSW Attorney General

NSWCCL has made a submission to the Parliamentary Joint Committee on Intelligence and Security's Review of the Migration and Citizenship Legislation Amendment (Strengthening Information Provisions) Bill 2020.

If passed, this bill would cripple the ability of litigants to have access to information that is critical for their cases for retaining a visa, becoming citizens or retaining their citizenship. While it protects the constitutionally guaranteed powers of the High Court, the Federal Court and the Federal Circuit Court to know whatever information is relevant to their reviews of ministerial decisions, it would prevent other courts and other bodies from having such access. And vitally, it not only would allow protected information to be concealed from litigants and their counsel, it would allow them to be denied even the information that such information exists. In effect, only the Minister could use the information in court. This is unacceptable. It is contrary to Australia’s international obligations. But most importantly, it is a severe intrusion on the rights of a person to a fair hearing. It overturns the basic legal principle of equality before the law.

Refugee Week 2021: Australia is watching the unfolding fate of the Biloela family, leading us to reflect on the harm that our Government has caused - and continues to cause - to vulnerable people.

Ironically, refugee week began in Australia in 1986 before spreading to other countries. Fast forward 35 years and we have the dubious distinction of years of international condemnation for our illegal detention of asylum seekers and refugees.

Compounding this, we routinely separate families; our family reunification processes have been labelled 'discriminatory' by the UN; and advocates say refugees are being overlooked in our vaccine rollout.

Family separation and the character test

The criminal justice system may impose a sentence of imprisonment on a person. While the person’s family is affected in obvious ways by this, once the sentence is served, the family member returns home.  There is no family separation beyond the sentence.  But where the person is not an Australian citizen but is here on a visa, even a permanent residence visa, they may be held to have failed the character test under section 501 of the Migration Act, and have their visa cancelled.  They are at once put in immigration detention.  Between July 2018 and December 2020 there were 2,517 such cancellations.

A Senate inquiry, which started in February, is examining the processing of family and partner reunion visas over concerns the system is being plagued by lengthy waiting times and exorbitant costs.

In a submission to this enquiry, The UNHCR slammed Australia and specifically pointed to the disproportionate impact of these challenges on refugees trying to bring family into Australia.

NSWCCL June committee meeting will be online only

***Please note*** given the current COVID-19 situation, our June 2021 commitee meeting will be online only. Please Let us know if you would like a Zoom invitation.

Writing in the Sydney Morning Herald, Natassia Chrysanthos and Jordan Baker examine calls from the father of a rape victim for a confidential database, which would record details of students charged with rape, sexual harassment or intimidation, so principals could be notified if they needed to keep an eye on particular students.

The story quotes former NSW Council for Civil Liberties president Nicholas Cowdery, who said the non-publication principles that guided police and the Children’s Court also applied to the school system.

“The department and schools would have no way of getting that information unless it were volunteered,” he said.

Mr Cowdery said a balance was required. “Whenever that applies there will be differing views about where the balance should be struck. The law leans heavily towards the privacy of children and their welfare [and] therapy,” he said.

“The question arises at a practical level: if the department or schools had such information, what would they do with it? My view is that if such offenders have been dealt with it should be left to the police and courts to put in place the best regimes for dealing with future risk.”

More information - read the full story: Up to 5000 NSW students are convicted of a crime every year. The schools are never told

NSWCCL made a submission to the NSW Department of Communities and Justice Inquiry into the Privacy and Personal Information Protection Amendment Bill 2021.

Operation Ironside shows Australia is an outlier on human rights

The ABC's Ursula Malone examines why nobody in America was arrested as part of Operation Ironside - a global sting known as "Trojan Horse" that brought down hundreds of alleged Australian criminals.

'The FBI — with help from Australia and an unnamed third country — was spying on millions of messages in over 90 countries as part of the operation. The AFP made more than 500 arrests but US privacy laws stopped the same from happening there.'

NSW President Pauline Wright commented that the US had 'pretty strict protections around human rights and privacy' which Australia did not have.

'It illustrates that Australia is an outlier in terms of protections for human rights and civil liberties,' she said. 'It's good that we're able to disrupt organised crime but in doing so what we are really concerned about is that innocent parties' data could be obtained, stored and used in ways that they would never have foreseen.'

For more, read the full article: Why no-one in America was arrested as part of Operation Ironside 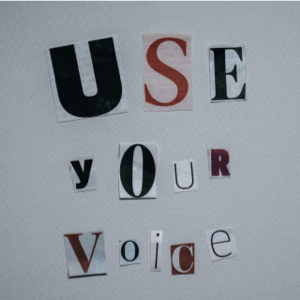 When democracy works, government decisions are made in the best interests of people, the planet and future generations. But right now that's not happening in Australia.

Our democracy is ailing: corporate interests are unfairly distorting democratic processes to win outcomes that put their profits ahead of our wellbeing.

We need to fix this. We need new rules and oversight to reset our democracy.

Sky News host Chris Kenny reports that the Australian Club is considering admit female members, a topic of 'raging debate' that's due for a vote. Kenny has no problem with single sex clubs, but is troubled by comments around the admission of 'members of Asian race'.

NSW Council for Civil Liberties president Pauline Wright advises that there's no legal reason a club shouldn't admit whoever it chooses, but comments that would lead to 'excluding a huge swathe of intelligent, clever people you might want to know'.

Call for submissions for this year's NSWCCL awards

Nominations are now open for the NSWCCL annual awards, with two new awards adding to our established journalism awards: the NSWCCL activist of the year and the Kafka award.

A new Direction from the Minister for Immigration, governing how decision-makers must approach visa refusal and cancellation, creates serious risks for vulnerable people. Refugees could see their visas cancelled relying on Family Violence Orders that are then found to be unsubstantiated; minor children are at risk of being separated from their parents; and survivors of family violence may be deterred from seeking assistance.

The NSWCCL calls for the immediate replacement of Direction 90.

Though he is not convicted of any offence under UK law, Julian Assange continues to be held as a prisoner in the same conditions as convicted murderers. His mental and physical health have been seriously compromised.

The NSW Council for Civil Liberties has written to the Prime Minister calling on the Australian Government to bring home Julian Assange and exert its diplomatic influence to end his unjust prosecution.

Similar letters were sent to the Leader of the Opposition and the Parliamentary Friends of the Bring Julian Assange Home Group.

The NSW Council for Civil Liberties (CCL) welcomes the NSW Attorney General taking measures to address confusion around consent in sexual assault matters, but urges caution around proposed changes to the law.

“Consent is an inherently difficult issue to determine in the courts,” said CCL President, Pauline Wright “and will remain so no matter how the law tries to define it. We have to be very careful about how we define consent, because changes could backfire.”

“Clarifying that a person is entitled to withdraw their consent at any time or to give consent to one kind of act but not another is a good idea, but care must be taken to ensure that changes do not have unintended consequences” said Ms Wright.

NSWCCL makes this submission for a number of key reasons:

a. To ensure that adequate safeguards are in place for the creation of SEPPs in recognition that parliament is the supreme law making body in the state;

b. In recognition that the climate change poses a significant and increasing threat to the ability for citizens’ and others residents’ civil liberties and human rights, and that any decisions made which concern the environment should be appreciative of the adverse effects of climate change; and,

c. In recognition that First Nations communities voices should be recognised and afforded significant weight in the development of environmental and planning policy.

NSWCCL is asking its members, as a matter of urgency, to contact the Minister for Home Affairs, Karen Andrews, and/or the Minister for Immigration, Citizenship, Migrant Services and Multicultural Affairs, Alex Hawke, asking for more time for members of the legacy caseload to submit updated applications for asylum, before their cases are heard.

Missing in action? Or shouting into the void?

The Sydney Morning Heral's Michael Koziol looks back at a year during which civil liberties became an 'acceptable casualty' of efforts to counter the pandemic. He asks: "But what of the civil libertarians and rights organisations whose job – whose raison d’etre – is to fight for individual freedoms against state power? Did they abandon the field? Or have they been fruitlessly shouting into the void?"

Read the full article here: ‘Missing in action’: What happened to the civil liberties movement?

Commonwealth Ombudsman: Only nine of nearly 2000 accesses to LBS by ACT Policing were properly authorised

NSWCCL is gravely concerned by a recent Report1 from the Commonwealth Ombudsman, which identified that many of the authorisations made by ACT Policing for access to telecommunications data between 13 October 2015 and 2019 were not properly authorised. Of the 1,713 individual accesses to location-based services (LBS) by ACT Policing for that period, only nine were fully compliant with the Telecommunications (Interception and Access) Act 1979 (TIA Act).