The Senate Standing Committee for the Scrutiny of Delegated Legislation has today tabled the interim report of its ongoing inquiry into the exemption of delegated legislation from parliamentary oversight, repeatedly referencing the NSW Council for Civil Liberties submission.

The interim report makes 18 recommendations to government and the Parliament to address systemic barriers to parliamentary oversight of delegated legislation made in times of emergency.

NSWCCL warmly welcomes the introduction to Parliament of the Climate Change (National Framework for Adaptation and Mitigation) Bill 2020 (“the Bill”) by the independent member for Warringah Zali Steggall.

We are living in a climate emergency. Calling the multifaceted and serious crises a warming planet is precipitating “global warming” or “climate change” no longer does justice to the urgency of our circumstances. As we gradually move out of one global emergency, the COVID-19 pandemic, we should reflect on the value of rapid, high-quality emergency governance in defeating large scale, complex problems facing our societies. We should ask why we have not seen similar quality governance in Australia with respect to the climate emergency.

The NSW Council for Civil Liberties [NSWCCL] considers it is very important to respond in some detail to this Joint Select Committee’s inquiry into the Anti-Discrimination Amendment (Religious Freedoms and Equality) Bill 2020 [the Bill].

The issues encompassed by this Bill – religious freedoms and protection from discrimination on the grounds of religion - are of great significance in a democracy such as ours. They are also extremely complex and potentially deeply contentious issues. Legislation on human rights must always be carefully considered and balanced, and this is especially so in relation to religious rights and protections. If all rights are not considered in a fair and balanced way the outcome is likely to be discriminatory and harmful to some groups and individuals and to over-privilege the rights of others.

We represent a vast group of community and civil society partners and leaders in New South Wales (NSW) who place on the public record our strongest opposition to NSW One Nation’s Education Legislation Amendment (Parental Rights) Bill 2020. This legislation, introduced to the NSW Parliament by One Nation’s Mark Latham, aims to outlaw the teaching of gender diversity and the acknowledgement of trans and gender-diverse students and their families and seeks to strip professional accreditation from any teachers and school staff breaking such a law.

NSWCCL has concerns regarding claims that a critically ill man from the New South Wales South Coast has twice been denied an exemption from undergoing hotel quarantine in Sydney, despite medical advice he self-isolate at home.

The ABC reported (8th July) that Stephen Evans, diagnosed with stage four oesophageal cancer in 2018, recently returned from Germany where he had a highly specialised lung procedure. NSW Health has twice refused Mr Evans’ request to self-isolate at home, stating that personal health circumstances must be balanced with ‘the requirement to implement the Public Health (COVID-19 Air Transportation Quarantine) Order 2020’.

NSWCCL made a detailed submission to the Senate Select Committee on COVID-19 in June. We lobbied for the formation of this important Committee as a way of providing otherwise absent parliamentary scrutiny of the Government’s huge response to the COVID crisis in the disturbing absence of regular parliamentary sittings.

We are pleased that the Committee, which has wide terms of reference, began its work immediately on its formation both by calling for this Inquiry and initiating public hearings – in the first month largely with Government agencies and ministers. 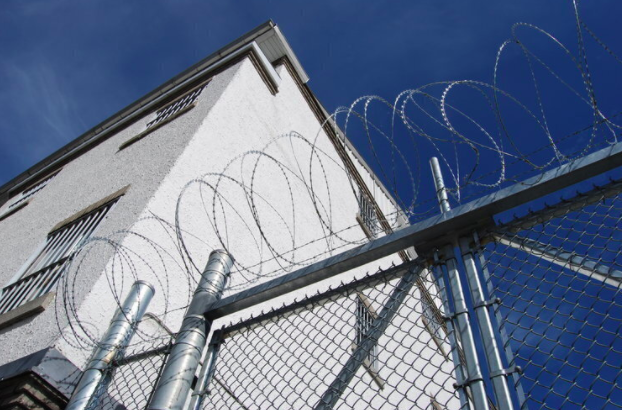 The Supreme Court of Victoria has found that the Victorian Government has prima facie breached their duty to take reasonable care for the health of a person behind bars during the COVID-19 pandemic.

The case, an urgent injunction brought by Fitzroy Legal Service and the Human Rights Law Centre, on behalf of a person in Port Phillip Prison with acute health needs, argued that people in prison are sitting ducks for COVID-19, and that it will only take one case to enter the prison for there to be an outbreak, which could not be stopped even if responsive measures are taken.

While the Court didn’t make any findings of fact given the case was heard as an interlocutory hearing, the Court did find that there was a prima facie case that the prison authorities breached their duty of care to safeguard the health of the person in prison, and that the Government must act compatibility with the Victorian Charter of Human Rights.

This is an excerpt from a news article originally published by the Human Rights Law Centre, 2 May 2020.

The New South Wales Council for Civil Liberties (NSWCCL) recognises that the human rights and civil liberties of all people cannot be fully realised unless, and until, the global community meets the targets set by the Sustainable Development Goals (SDGs). However we recognise that development, particularly economic, need not necessarily take place in a way that is human rights based.

In times of accelerated progress towards any goal, it is clear that states can sometimes all too quickly pursue acceleration at the expense of human rights and equality. This is not to say that acceleration is itself problematic. In line with the recommendations of the Inter-Governmental Panel on Climate Change, acceleration of sustainable development in relation to climate change (SDGS 7, 11- 15) is vital to prevent the most catastrophic climactic changes. Climate change will only entrench vulnerability and marginalisation. We strongly endorse rapid acceleration of the response to climate change, particularly within Australia.

To ensure that the crucial acceleration of progress responding to the SDG targets takes place in a way that advances human rights we call upon states to: