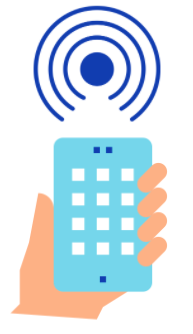 Prime Minister Scott Morrison has confirmed that the Australian government is progressing with Singapore-style digital options for contact tracing. The proposed app tracks, via Bluetooth technology, the previous close contacts of an individual who subsequently proves to be COVID-19 positive.  This applies to any contact (also with the app) who had spent 15 minutes or more in close proximity with the infected person.

NSWCCL is concerned with the potential of the app to compromise data protection, increasing illegal and inappropriate use of data and facilitating surveillance and stigmatisation of Australians. Any collection or use of a person’s sensitive personal data for digital contact tracing must come with the imposition of strict limitations.

Today the High Court unanimously found the AFP warrant to enter  journalist Annika Smethurst’s home in search of information relating to the publication of classified information, was invalid on a technical ground:

“that it misstated the substance of s 79(3) of the Crimes Act, as it stood on 29 April 2018, and failed to state the offence to which the warrant related with sufficient precision. The entry, search and seizure which occurred on 4 June 2019 were therefore unlawful”

Costs were also awarded to the plaintiffs.

NSWCCL welcomes this limited victory for Annika Smethurst today - but we remain deeply concerned that freedom of the press and effective investigative journalism continues to be under serious threat in Australia.  This decision does nothing to alleviate those concerns.

Prime Minister Scott Morrison has confirmed that the Commonwealth government is progressing with Singapore-style digital options for contact tracing: the identification, contacting and monitoring of those who may be infected with COVID-19, and their contacts.[1] In addition, the Australian government has now launched a Coronavirus Australia app and WhatsApp group, to provide Australians with information, and advice, about the pandemic. The Coronavirus Australia app permits the voluntary registration of a person’s self-isolation but does not, currently, provide for contact tracing.[2] At present, in Australia, contact tracing is conducted manually and directly with the affected person.[3]

NSWCCL supports the appropriate and generalised use of aggregated, anonymised map data for tracking people’s movements; to assist health services and determine where to target critical medical resources. Contact tracing is essential. However, any collection or use of a person’s sensitive personal data for digital contact tracing must come with the imposition of strict limitations.

Whilst NSWCCL supports the updating of the statistical information topics for inclusion in the census we oppose mandatory collection of sensitive health information and its storage for 4 years by the Australian Bureau of Statistics (ABS).

Dr Arthur Chesterfield-Evans has rallied a group of over 100 doctors who have written to the Australian Minister for Foreign Affairs, the Hon Marise Payne asking that the Australian government meet its obligation to its citizen and intervene for wellbeing of Julian Assange.

The doctors' action follows warnings from medical and human rights experts that Mr Assange’s health is rapidly deteriorating and that he might die in a UK prison where he is being held pending US extradition hearings that begin in February.

NSWCCL has for many years defended the rights of a free and uncensored press to ensure the public is sufficiently informed and able to hold those in power to account.

We support the statements of Ita Buttrose at our 2019 annual dinner that there are storm clouds gathering around the ways that information is controlled. Whistleblowers who bring stories to light must not be subjected to a public show of prosecution under the guise of national security, or be censored because their story may cause embarrassment or cost to those in power.

We believe that whistleblowers are not adequately protected in Australia. Particularly in the absence of a bill or charter of rights, specific protection should be enacted.

NSWCCL has reproduced below the full statement made today by the Chair of the ABC in defence of the independent public broadcaster in response to the intimidating raids by the Australian Federal Police on the ABC and a News Corporation journalist.

We do so because of the profound threat to a free press, to legitimate whistle blowers and to the public's right to know posed by these extraordinary raids.

We do so also because we are greatly relieved that the independent broadcaster has a chair who appears to understand the significance of 'independent' in this context.

On behalf of the ABC, I have registered with the Federal Government my grave concern over this week's raid by the federal police on the national broadcaster.

An untrammelled media is important to the public discourse and to democracy.

It is the way in which Australian citizens are kept informed about the world and its impact on their daily lives.

Observance of this basic tenet of the community's right to know has driven my involvement in public life and my career in journalism for almost five decades.

The raid is unprecedented — both to the ABC and to me.

In a frank conversation with the Minister for Communications, Cyber Safety and the Arts, Paul Fletcher, yesterday, I said the raid, in its very public form and in the sweeping nature of the information sought, was clearly designed to intimidate.

It is impossible to ignore the seismic nature of this week's events: raids on two separate media outfits on consecutive days is a blunt signal of adverse consequences for news organisations who make life uncomfortable for policy makers and regulators by shining lights in dark corners and holding the powerful to account.

I also asked for assurances that the ABC not be subject to future raids of this sort. Mr Fletcher declined to provide such assurances, while noting the "substantial concern" registered by the Corporation.

There has been much reference in recent days to the need to observe the rule of law.

While there are legitimate matters of national security that the ABC will always respect, the ABC Act and Charter are explicit about the importance of an independent public broadcaster to Australian culture and democracy.

Public interest is best served by the ABC doing its job, asking difficult questions and dealing with genuine whistle-blowers who risk their livelihoods and reputations to bring matters of grave import to the surface.

Neither the journalists nor their sources should be treated as criminals.

In my view, legitimate journalistic endeavours that expose flawed decision-making or matters that policy makers and public servants would simply prefer were secret, should not automatically and conveniently be classed as issues of national security.

The onus must always be on the public's right to know.

If that is not reflected sufficiently in current law, then it must be corrected.

Independence is not exercised by degrees.

The New South Wales Council for Civil Liberties (CCL) has condemned the raids on journalists by the Australian Federal Police.

NSW CCL President Pauline Wright said “Today, the Australian Federal Police raided the ABC office. Yesterday, they raided the office of News Corp journalist Annika Smethurst. Two raids in two days cannot be a coincidence. We are witnessing what amounts to a state crackdown on journalism. It strikes at the heart of the freedom and independence of the press, which are a cornerstone of democracy."