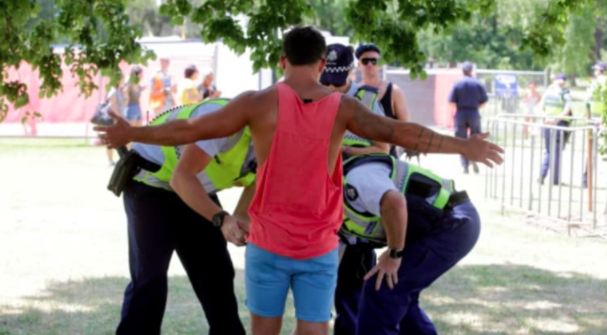 Police officers who conducted strip searches of children hadn't been properly trained and didn't understand the law on what they were doing, a series of landmark watchdog reports has found.

The conduct of NSW Police officers in carrying out strip searches of teenagers at music festivals has been found to be unlawful in a series of landmark reports by the NSW Law Enforcement Conduct Commission.

The reports also criticised the use of police discretion in finding appropriate grounds to justify a strip search; and then the subsequent conduct of the strip search as it applies to people under the age of 18.

NSWCCL Vice President, and convenor of CCL's Police Powers action group, Eugene Scofield-Georgeson, said the report confirms that strip searches of minors at festivals must end. 'These findings are further evidence for halting the practice of invasive police searches of children, led by drug dogs, at music festivals'.

The report comes only days from an announcement that police chief Mick Fuller is to receive an $87,000 pay rise at the height of the coronavirus pandemic, making him one of the state's highest paid public servants.

NSWCCL is alarmed by the recent $87,000 pay rise of the NSW Police Commissioner Mick Fuller, who is now the highest paid NSW public servant, well ahead of the pay of the NSW Chief Justice by more than $100,000 per year. This pay increase also comes at a time when pay for public servants has been capped at 2.5% per annum.
Read more
NSWCCL is crowdfunding for a podcast series, Strip Searches and the Law, that will address rights and privacy for festival goers, and those approached by drug dogs/police. Pre-production of the podcast has been postponed during the COVID-19 health emergency.
frontpage Policy 2020
Do you like this post?
Tweet