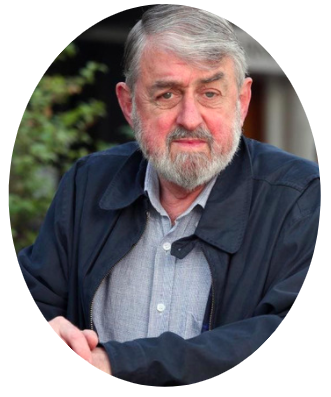 It has been a great privilege to serve as President of the NSWCCL from the AGM on 23 October 2019 until today (with re-election at the AGM on 21 October 2020). I agreed to nomination to the position on condition that I would serve for 12 months (and the minutes of the AGM bear me out). Pauline Wright was then not standing for customary re-election after one term because of her Law Council of Australia presidency in 2020; but she has graciously agreed to return as President now that her Law Council duties have ended.

Those 15 months have been a disruptive time for everybody and no less for the NSWCCL. The first few months were routine enough, but face-to-face activities were unable to proceed after the pandemic was declared and new challenges were thrown up for NSWCCL. Our meetings since March 2020 have been by Zoom or by telephone and we have been unable to hold any gatherings that normally bring members together and facilitate networking and the exchange of ideas in areas of interest.

Our highly successful annual dinners of the past and the Marsden Memorial Lecture have had to be suspended. Instead, on 11 September 2020 we held a very successful online panel discussion focused on Indigenous issues, with the Award for Excellence in Civil Liberties Journalism being announced at the end. We also joined with the Affinity Intercultural Association for a webinar on 2 September 2020. I hope there will be scope for more online events as we continue in the COVIDsafe mode.

Alongside these events the customary work of NSWCCL has proceeded. We have responded to the novel civil liberties challenges of SARS-CoV-2, made many media appearances on that and other issues, met with key players in the human rights and law enforcement areas and made many submissions to parliamentary inquiries and statements for publication on the website. We have continued to liaise with other civil liberties groups around the country. We have not taken a virus-induced holiday.

I give thanks to all who have been active in our campaigns and in the ongoing administration of NSWCCL. I particularly thank our Secretary, Assistant Secretary, Treasurer and Executive Officer who have done mighty work to keep NSWCCL relevant and effective. Many members of the Committee also deserve our thanks – they know who they are.

When I accepted nomination for President I issued a challenge for the next generation to come into leadership positions. I said the organisation needs to be rejuvenated by those at the top, to reflect the increasing interest and involvement of young people in a world where human rights challenges continue to emerge.

I am pleased to say that after some inertia, that message may have got through. The Committee and general membership have been augmented by much younger, smart and committed people, and that is excellent.

I am willing to accept appointment to the Committee and remain until the next AGM; but the future of NSWCCL belongs to all of you who accept the challenges to actively maintain, preserve and protect fundamental civil liberties in Australian society.