Posted by Nswccl Administrator 173.20sc on

Join us on Friday 10th August 2018 for the NSWCCL Annual Fundraising Dinner. We are delighted that the keynote address will be presented by Elaine Pearson: 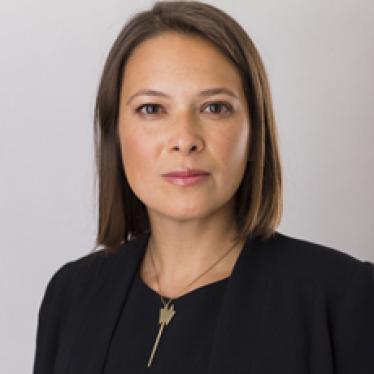 Elaine Pearson is the Australia Director at Human Rights Watch. Based in Sydney, she works to influence Australian foreign and domestic policies in order to give them a human rights dimension. Elaine regularly briefs journalists, politicians and government officials, appears on television and radio programs, testifies before parliamentary committees and speaks at public events. Elaine writes frequently for publications including Harper's Bazaar, the Guardian and the Wall Street Journal. She is an adjunct lecturer in law at the University of New South Wales. From 2007 to 2012 she was the Deputy Director of Human Rights Watch's Asia Division based in New York.

Prior to joining Human Rights Watch, Elaine worked for the United Nations and various non-governmental organisations in Bangkok, Hong Kong, Kathmandu and London. She is an expert on migration and human trafficking issues and sits on the board of the Global Alliance Against Traffic in Women. Elaine holds degrees in law and arts from Australia's Murdoch University and obtained her Master's degree in public policy at Princeton University's Woodrow Wilson School of Public and International Affairs.

Elaine’s speech promises to be highly topical given recent events. Come and support NSWCCL and socialise with our civil liberties community.

Ticket sales for the dinner have now closed

Not able to attend or want to show your support?

Sponsor a place or make a donation.

Every year we seek sponsorship for Annual Dinner tickets for students, young lawyers and other interested supporters who might otherwise not be able to afford to attend this important civil liberties event. Show your support by donating to sponsor a place at our Annual Dinner.