This election comes at a time when civil liberties in Australia are under siege. In NSW, our right to protest is under threat from draconian new legislation. Whistleblowers including Bernard Collaery, David McBride and Richard Boyle face prosecution for public interest disclosures and Julian Assange still languishes in Belmarsh maximum-security prison. Asylum seekers have been held for nine years then released with no rationale and less than an hour's notice, seemingly for political reasons, while others inexplicably remain locked up. Australia has been named and shamed by the UN for its track record on climate change and locking up children as young as 10 and by Amnesty International for its failure to ensure basic human rights for Indigenous people amongst other marginalised groups. Meanwhile, our ranking on Transparency International's Corruption Perception Index hit an all time low in 2021.

Against this background, we asked political parties and independent candidates about their stance on a range of civil liberties topics.

The results speak for themselves, with a comprehensive fail for the Liberals and Labor scraping a pass mark on just under half the issues (download PDF version).

NSWCCL thanks those who participated for their time and thoughtful responses. Sadly other parties did not respond to our repeated requests for input. We have scored the Liberals based on their published policy, but as a volunteer led organisation were unable to resource this research for other parties. 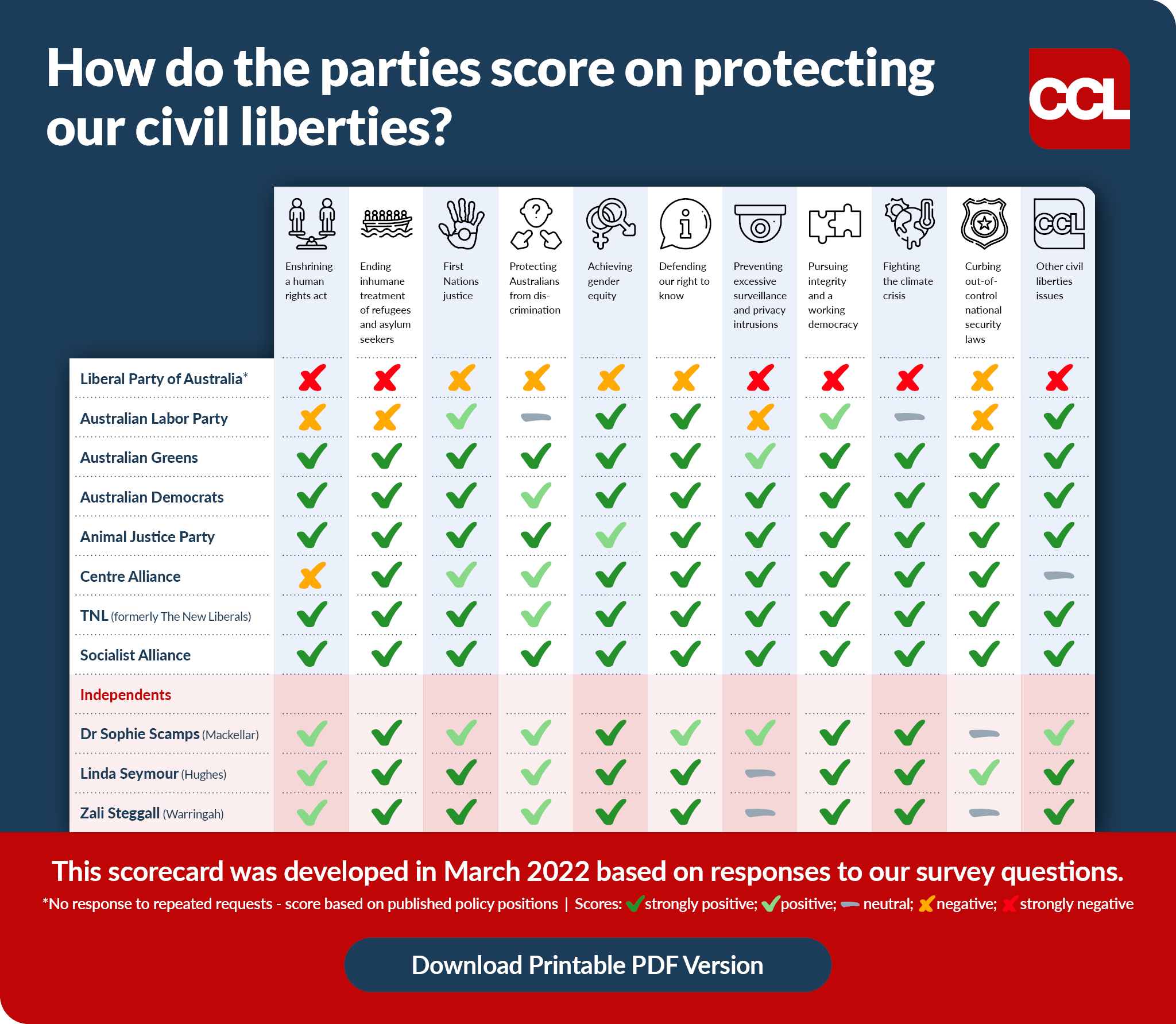 Please note - these scores are based on stated policy positions, rather than track records. This is to enable us to compare new candidates with current politicians, and focus policies for the future.

How were the results calculated?