The Productivity Commission is currently conducting an inquiry into mental health. The NSW Council for Civil Liberties (CCL) submission to this inquiry is now online.

Our submission focuses on two issues. First, it addresses features of the justice system, and Aboriginal people with disabilities. It then turns to considering the social security systems, and how these contribute to mental health issues in Australia. 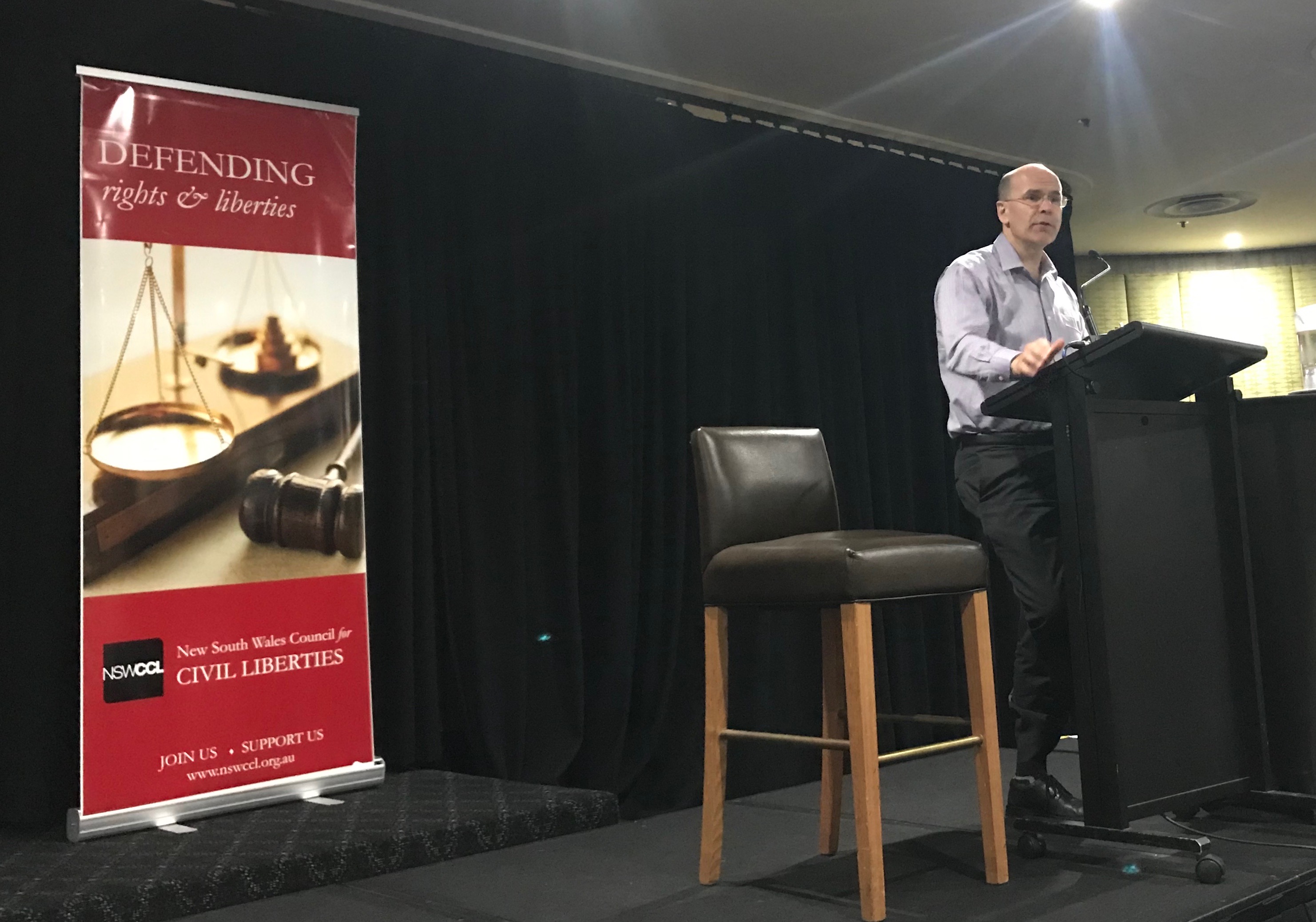 On Wednesday 27 February, at about 4 pm, the Queensland State Parliament passed its Human Rights Bill into law, by a series of vote 49 to 43. There are now three individual human rights acts in Australia: one in Queensland, one in Victoria, and one in the Australian Capital Territory.

The three acts operate in broadly similar ways. They require courts and tribunals to interpret legislation in a way consistent with human rights, except where doing so would be inconsistent with the purpose or plain meaning of the legislation. If the Supreme Court is asked to find whether a particular law or statute is incompatible with human rights, declaring that there is an incompatibility does not result in the law being struck down. The declaration simply means that the relevant Minister or Attorney General has to table a written response to this declaration in parliament. These declarations have been further defanged in Queensland and Victoria, whose human rights acts provide for their parliaments issuing override declarations. Where these are made, the human rights acts have no bearing in relation to the relevant provisions or legislation.

Today marks the 70th anniversary of the Universal Declaration of Human Rights. Due to the historic vote on 10 December 1948, today is known as Human Rights Day.

President of the New South Wales Council for Civil Liberties (CCL) Pauline Wright said, “The Universal Declaration of Human Rights was a seminal declaration by countries across the world, that human rights are fundamental, intrinsic, and inalienable. Nations across the globe saw the horrors of World War II, and determined to establish a new world order, based on respect for political, civil, social, economic and cultural rights.”

The National Health and Medical Research Council has published draft ethical guidelines on the use of assisted reproduction technology in clinical practice and research.

Responding to an invitation to comment, the NSWCCL has made a submission that supports these draft guidelines, applauding the NHMRC for their support for the autonomy of all involved and their rights to detailed, accurate, contemporary and relevant information concerning the procedures, legal consequences and otherwise of their decisions.

Some questions for which further comment is requested of the NHMRC include, (1) Payment for the risks and labour involved in egg donation, (2) Sex selection on non-medical grounds, and (3) the potential establishment of an Australian egg bank.

Australia marked down on human rights by Human Rights Watch

Human Rights Watch, in its World Report 2015, comments on the Australian government’s human rights record in 2014, stating that the government's failure to respect international standards protecting asylum seekers and refugees continues to take a heavy human toll and undermines Australia’s ability to call for stronger human rights protections abroad. HRW reports on the introduction of new counterterrorism measures, describing them as 'overboard,' stating that the measures would infringe on freedoms of expression and movement. The report also highlights the government's failure to take action to address indigenous rights and disability rights.