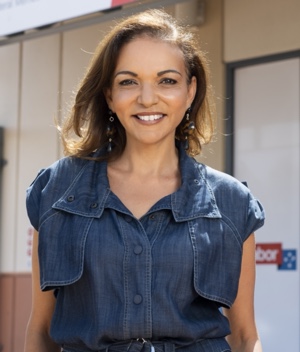 Anne’s family migrated to Australia when she was two years old. Her mum was a nurse and her dad an engineer, and both worked in factories in Australia before her dad later became a bus driver.

By her late twenties, Anne was a single working mother of two young boys in Perth. She knows the importance of secure and well-paid job, having raised her boys while working on the minimum wage.

Anne’s contributions to national and global security have been recognised internationally. She has been an

advisor to the United Nations Security Council Counter-Terrorism Directorate and was the only Australian invited to address President Obama’s Summit on Countering ISIL and Violent Extremism at the White House. Later that year, she was again the only Australian representative to participate in the Club de Madrid +10 policy dialogues.

In 2011, Anne was an inaugural inductee into the WA Women’s Hall of Fame. In 2013, she was named one of Australia’s 100 Women of Influence by Westpac/Fin Review. In 2016 she was awarded the Instyle Woman of Style award in the category of Community and Charity. Also in 2016 Anne was nominated for Australian of the Year and received the prestigious Australian Security Medal for 2016.

Anne is the Founding Chair of People against Violent Extremism (PaVE), which was a not-for-profit organisation focused on empowering communities to challenge violent extremism.

Anne works for her community in Perth’s northern suburbs every day, and is focused on ensuring that all people in her community have the opportunity of a good, secure job and to pursue their ambition of a better life for themselves and their families. She strongly believes that our national leadership should reflect the people it serves and is devoted to being a strong and forceful voice for our nation’s most vulnerable – so that no voice goes unheard.

Anne has brought her experience in counter terrorism and countering violent extremism with her to Parliament, which remains a priority of hers alongside ensuring the scourge of family violence remains on the national agenda.

She is happily married to David, a former WA Police Officer who has previously captained Australia’s Ice Hockey team.